What to see in Guwahati: A local’s guide to have an incredible experience in the gateway of Northeast 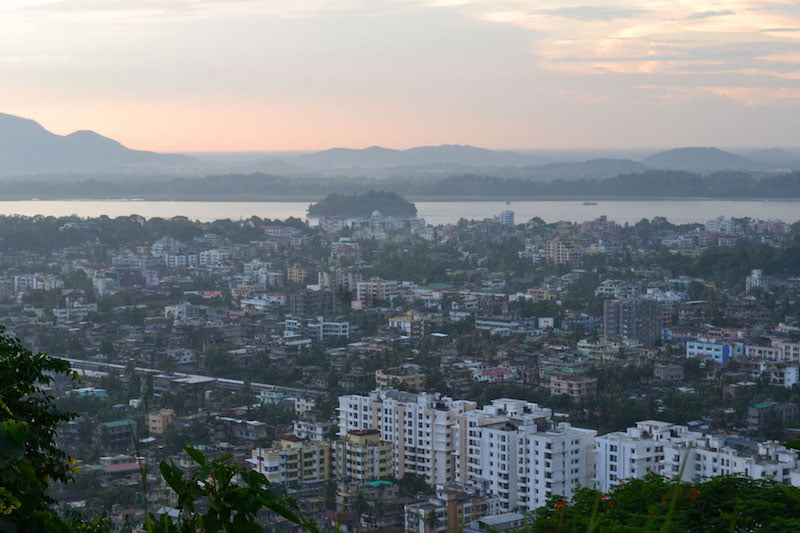 The gateway to northeast India is an essential pit stop for any traveller wishing to explore the beautiful region of Northeastern India.  Surrounded by the lush hillocks and gushing waters of Brahmaputra, this city is full of captivating views. Guwahati’s culture and beauty are both equally mesmerizing. This metropolis is among the top hundred fastest growing cities in the world. Here are a few must do things to have a phenomenal experience in this magnificently beautiful city.

KNOW ABOUT THE ASSAMESE HISTORY AND CULTURE IN SHRIMANTA SANKARDEV KALAKSHETRA

With an aim to promote the culture, art, and tradition of Assam, the complex has several centers dedicated to the promotion of the state’s cultural brilliance with an impressive display of its history and its glorious past. This cultural institution is named after the famous medieval poet-playwright and reformer of Assam, Shrimanta Sankardev, one can know a lot about the culture and history of this state after a visit,  it will definitely be an enriching experience for the visitors.

This holy pagoda is considered to be the oldest among the 51 shakti peeths. This important sanctuary of hindu devotion is situated on the Nilachal hills. Built during the 9th century, this holy place of worship is famous for Ambubachi mela,  which is celebrated during the monsoon. It is the celebration of the yearly menstruation course of the goddess Kamakhya. The locals believe that the presiding goddess of the temple, Devi Kamakhya, the Mother Shakti, goes through her annual cycle of menstruation during this time stretch

Also known as the peacock island because of its peacock feather like shape,  this is the smallest inhabited riverine island. Lying amidst the mighty Brahmaputra, it is not very far from Guwahati city. The golden langur, which falls under the most endangered primates is one of its prime attractions. Umananda temple which is a hindu holy shrine also attracts many tourists. This island is a heaven for nature lovers as they can experience the ambiance of serene and divine beauty.

This is the nearest sanctuary to Guwahati where the famous one horned rhinoceros can be spotted. Animals like the Asiatic buffalos, leopards, wild bear, civet cat, etc. are found in the sanctuary.  It is also an ideal place for bird watching.

It is a historical gate which was built in 1874 to welcome the then viceroy of India, Lord Northbrook. This colonial legacy is also known as the “gateway of Assam” It is located near the Sukreshwar ghat where the viceroy anchored his ship

This Cemetery was started during the Second World War for burials from the several military hospitals posted in the area. Later, other graves were brought in by the Army Graves Service. There are now 486 Commonwealth servicemen of the Second World War buried or commemorated in this cemetery. Of these, 25 burials are unidentified. The cemetery also contains 24 Chinese war graves and two non-war graves.

River cruising is a great way of experiencing the Brahmaputra at a leisurely pace. One can stop and immerse in the breathtaking landscapes, cultures and natural habitats that surround the subtle and majestic river.

CONNECT WITH THE LOCALS IN SUALKUCHI

Sualkuchi is a weaver’s village located on the north bank of Brahmaputra and is known as the Manchester of East for its silk production. One can visit and interact with the local people, see the process of production and even buy Assamese traditional silk dress.

It is a freshwater lake which is a sanctuary for hundreds of water birds. Many exotic migratory birds can be spotted here. Just an hour away from Guwahati, this lake has been described by visitors as a place that emanates pure bliss & tranquillity. It’s a haven for birdwatchers.

Hidden amidst the hilltop of Diwangri, lies a place that displays supreme individuality of skilled craftsmanship and creativity; known as the ruins of the temple of Madan Kamdev. This temple is also known as the ‘Khajuraho of Assam’ This temple dates back to 10- 12 C.E during the Pala rule. The sculptures mesmerizingly portray a sense of love, devotion, and charisma of eroticism, which is not easily seen at every temple.

It is one of the oldest traditional markets of Assam. Popularly known as the Beltola Bazar, it is a traditional bi-weekly fruits and vegetable market. It offers a variety of local food products.It also acts as a prime traditional trading point between the people of Khasi hills in Meghalaya and the locals.